The New Britain Museum of American Art is a local art museum, which I've attended on a few occasions. Twice to celebrate my daughter's artwork being exhibited as part of the school's presentations and once for a friend's wedding. There is a wide variety of American art on display, but two of my favorite pieces are this bronze Clydesdale sculpture and the following oil painting. I love how the mass of a draft horse still manages to look agile in the pose chosen by the artist.


There is a lot to love about this painting, but what drew me to it is the horse in the front. It really appears to be a perlino or some sort of double dilute. Given that this was painted in 1887, I find it fascinating to find this color presented. From a composition stand-point, I appreciate the light color to help the eye move through the painting, but I would have assumed it to be a faded grey. However on closer inspection, I do think it's a perlino! 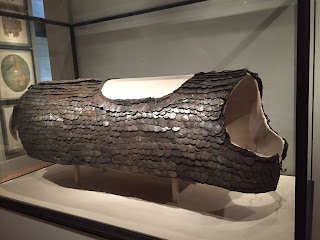 As I mentioned in a previous post, the family recently visited the Yale University Art Gallery, which has a very rich collection of art and artifacts, spanning centuries. This interesting exhibit displays horse armor circa 200 A.D. I think it is interesting to compare this armor with that on display at The Met. I don't know if there are any tack makers out there looking to recreate this type of horse armor, or any historians who find the horse's role in history fascinating, but just in case, here are several photos. 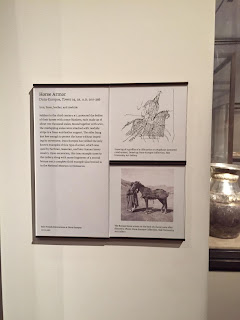 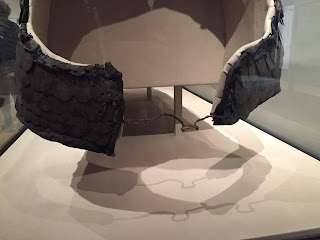 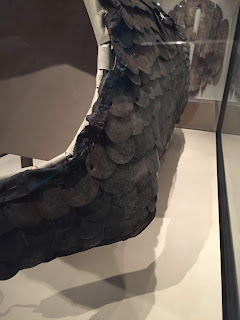 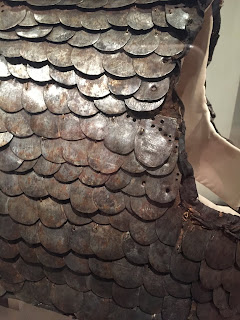 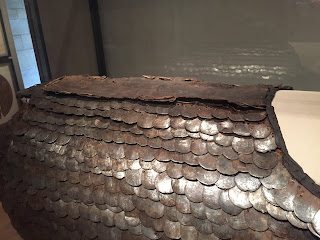 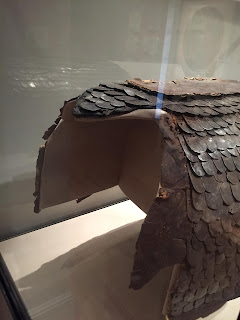 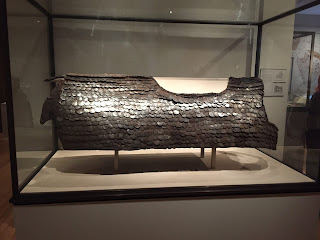 
We visited the Yale University Art Gallery in New Haven, CT over spring break and I was blown away! The diversity and quality of the permanent collection is impressive. I particularly enjoyed seeing the Stubbs painting and Remington bronze in person. Here is a selection of many of the equines I spotted on our visit. If you get the chance to visit, I highly recommend it. The architecture of the building itself is worth making the trip!

One of my new favorite shows to attend is Beech Brook Benefit Live. This was its second year, and it was just as good as the first! It's a benefit for rescue horses, with a quirky showhall, great people, great food, and an amazing hostess! This year the class list was limited to American breeds only, which made it lots of fun. One perk is that minis can show in both the regular AR division and the mini division. My little show string did surprisingly well. I finished Mabel, a Mulinette resin by Eberl, just in time to show. My main motivation to get her done in time was to show her in performance, but she held her own in halter. I'm a little behind on my goal to finish the equivalent of one horse a month, but I'm up to 3 so far, which is 3 more than last year! At some point, I'd like to get a photo shoot, but that'll have to wait for another day. If you want to see more photos, hop over to my Facebook page. Looking forward to next year's show!


National Model Painting Month is a great event hosted by Jennifer Buxton (thank you, Jennifer!). In the month of February, the challenge is to paint one model horse. But it is so much more. Professionals and beginners come together and share their knowledge, challenges, set-backs, and accomplishments. My facebook feed was filled with people posting about their journey all February long. For me it was educational, inspirational, and motivational. I've set a goal to complete the equivalent of one model a month, so 12 by the end of the year!

Last year, I was working during my busy season and a TA for 2 graduate level classes, so my 2017 NaMoPaiMo horse didn't get finished. This year, I didn't have great hopes that I would finish either, as I knew work was going to be even more involved. Which is true, I worked 60-80 hours a week in February. My family was very supportive in letting me pursue a creative outlet during those hours I was home and not working. I think I did laundry once and that was about it (thank you, fam!). I didn't take as many in progress photos along the road as I might have liked, but I managed to snap a few so that I could share my journey with you.


Jennifer asked that we post a selfie with our official model. I was lucky enough to be drawn for a Tadpole resin by Kylee Parks, and was excited to paint him, so it was an easy choice. 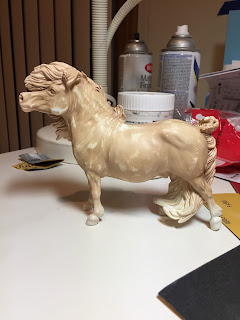 I decided to challenge myself by doing a color I had never painted before, a silver dapple. I found a reference photo I loved that was that mushroom shade of silver dapple so common on British Shetlands. After I airbrushed the basecoat, I realized it was all wrong and would not get me the end color I wanted, so I roughed it up with sandpaper, ready to start over. 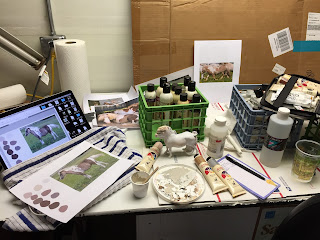 One of the great tips I took away from NaMoPai this year was to use the Photoshop eyedropper tool to take color samples from the reference photo. This allowed me to pick out the color palette and match my paint to it. What an amazing difference! (Thank you, Lesli Kathman, for posting that tip!) 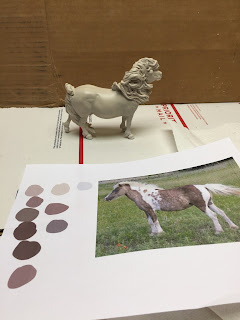 Here's my new basecoat with the reference photo and color palette. I found my printer didn't really show the true colors, so I covered up my computer with a towel and ended up using that instead. The resulting basecoat was much more taupe than the first one. 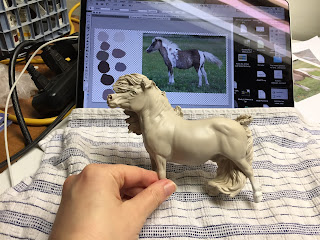 Here he is doing a compare to the color palette on the monitor. After I airbrush the basecoat, I seal with Krylon matte. That helps to create a good surface for applying pastel pigment. 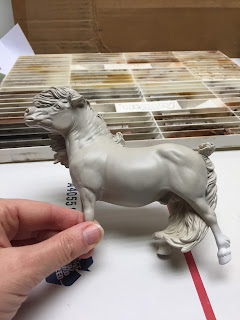 Another shot of the new basecoat in different lighting. Much better! 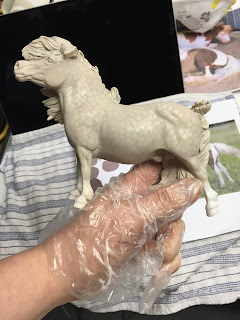 I used the same color palette to try to mix a custom blend of color in pastel. There is even some purply color in there, who knew?! Here he is with the first round of pastels, I blocked in dapples using a micro-brush over most of him. Then I sealed with Krylon Matte to lock it in. 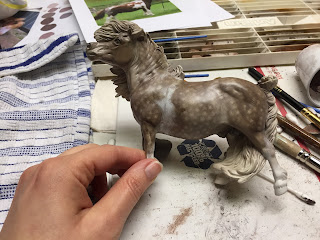 Here he is several pastel layers in. I used a kneaded eraser to remove the dapples after each pastel application. This allowed for a layering effect, which gave the dapples a softer edge and more depth. At one point, I thought it would be a good idea to block in the pinto pattern with some white acrylic. Thought it might save me some time in not building up those areas in pastel, but it just doesn't work for me. 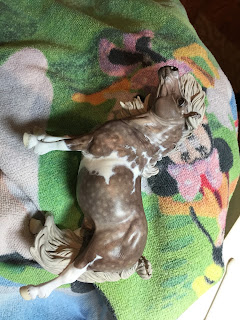 Here he is getting his markings and details. I painted him on my lap at this point, so getting a sideways view is pretty accurate. 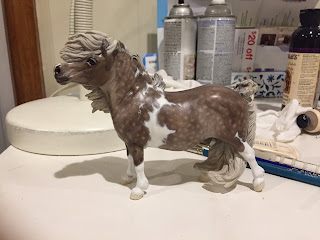 And here he is mostly done. I painted his eyes and ended up tweaking a little more after this. I scraped off some the marking on his back leg before I sealed him as I found it distracting. Added some acrylic paint from his basecoat mix that I had saved in the fridge to highlight some of the dapples and other areas. I also spent some more time shading his mane and tail, then going back over with acrylic highlights. I'm pretty pleased with how he came out. He is much truer to a silver dapple than I had hoped. I will get around to taking better pictures of him eventually, but for now it's back to work. Busy season isn't over yet... 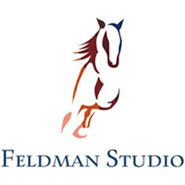